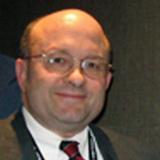 PhD ‘80. I suspect that the majority of people who get as far as reading this biography will know that that the Society for Classical Studies (SCS), founded in 1869 as the American Philological Association (APA), is the primary learned society in North America for people who study classical antiquity. Though I can’t remember who first told me about the APA (as it then was), that person must have been one of the Classical Studies faculty at Yale in the 1970’s because the successful career path for a Yale Classical Studies graduate student ran (as it still does to a great extent) straight through the APA Placement Service and Annual Meeting. In my case APA (now SCS) turned out to be the final destination instead of (more precisely, in addition to) a way station, but there were some interesting and instructive stops along the way. I won’t say much about my two-year stint as the token male faculty secretary at the Harvard Business School (while still allegedly working on my Ph.D. thesis) or my two years at the Institute for Human Issues (ISHI), an organization (now defunct) that fostered interdisciplinary research in the social sciences, except to note that armed with nothing but degrees in classics from Yale and Haverford College, I was able to deal with concepts from statistics and international finance in the former and to learn enough about the anthropology of food in Southeast Asia and the sociology of drug addiction in Europe to write successful grant proposals for the latter. At ISHI I also mastered double-entry bookkeeping, a skill that has served the SCS well over the years. In April 1983, three years after I received my Ph.D. from Yale, I visited the offices of the American Association for Cancer Research (AACR), the learned society for people who do cancer research, for what I thought would be a job interview. In fact, I was led to a conference room and asked to complete a series of exercises.  Among these exercises were a spelling and a grammar test, and I have to confess that for a few seconds I contemplated walking out. “Doesn’t a Yale Ph.D., in Classics no less, get you a pass on this sort of thing?” I asked myself. However, in the mere 3 years I had spent in the “real world”, I had already encountered people pretending to degrees they didn’t have; so, I took an “I’ll show ’em” attitude and completed the exercises. In fact, I did show ’em. I recently learned that it is still the case that I am the only person since the tests were instituted in the 1970’s to get a perfect score on both of them, although I’ll bet that most Yale Classics Ph.D.’s (and B.A.’s for that matter) would do just as well. The reason for the tests (and for the fact that I was ultimately hired) was the person who devised them: Margaret (Marge) Foti, then Executive Director and now Chief Executive Officer of AACR. Just a few years earlier AACR had made the decision that APA made in the late 1990’s: to move from being managed by a member Secretary-Treasurer in his spare time (as with APA, it had always been a “he”) to a full-time executive officer. Fortunately for me, AACR did not turn to a scientist to fill this position but rather to a scientific editor. I say “fortunately” because the viewpoint of the scientific publishing professional is not all that different from that of a Classicist: careful attention to detail and great efforts to make sure that the text is absolutely correct. Once I showed that my skills were the skills she valued, Marge was willing to overlook the apparent disconnect between classics and cancer research and give me a chance to undergo on-the-job training in areas such as member service, meeting planning, support of volunteer leaders, government relations, and fund raising, all tasks I take on regularly at SCS. In fact, for most of my time at the AACR, there were only 3 units: administration, publications, and finance. Of those units only finance was not headed by a Classicist. I was in charge of administration, and my opposite number in publications had received her B.A. from NYU in Classics in the late ’70’s. The only time (at least so far) I ever presented a paper at the SCS meeting (as opposed to some reports as Executive Director) was in a session on non-academic career opportunities for Ph.D.’s organized by the Placement Committee in 2010. The title of that talk was “The Practicality of Philology in the Information Age: Or Why Being a Classicist Means Never Having to Say You Can’t”. I hope Erich Segal’s shade forgives me for appropriating the famous tag line of his famous novel in support of training in classics, but I am convinced that my title is correct. At the most basic level we emerge from our training with the ability to read and write, and these skills are phenomenally useful in an information age and can be turned to good use in almost any field, even ones with no apparent connection to classical antiquity. In short, the classics I studied at Yale (and at Haverford/Bryn Mawr and at Providence Classical High School) made me someone that a scientific society was willing to employ, and that society then gave me skills and experience that I could bring back to classics as Executive Director of the SCS, something I’ve done since 1999 and intend to do until I retire in June 2016.