The Classics and Renaissance Studies joint degree program combines the rigor of the philology track with an interdisciplinary focus on the history and culture of the late medieval and early modern periods (circa 1300–1700). Students maintain a strong focus on both strands of the degree, studying the ancient languages to a high level, which in turn allows them to read in depth and with relative ease the classical texts and their later receptions, transformations, and adaptations. 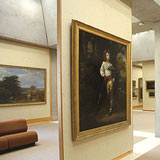 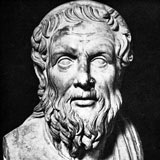 Both programs sustain a thriving intellectual community with guest lectures, workshops, reading groups, and conferences such as the Cultures of the Classical workshop series. 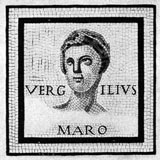 The Beinecke Rare Book and Manuscript Library has extensive holdings of Renaissance Manuscripts, incunabula, and rare books. In addition to Greek and Roman papyri, medieval and Renaissance manuscripts, the Collection of Early Books and Manuscripts contains nearly 4,000 incunabula with substantial holdings in Greek and Latin classics, Italian, French, English, and Neo-Latin literature, Reformation theology, and New World exploration. A strength of all the collections is their emphasis on marginalia and other readers’ marks; the Beinecke co-sponsors a vibrant program in the History of the Book. The Beinecke also offers master classes working with specific collections, such as Late Medieval Latin Script, Shakespeare and the Book, Humanistic Script in Italy, and Milton and the Book.

The Yale Art Gallery, with its world-famous Jarves Collection, allows direct study of original works of Italian Renaissance art, while the Yale British Art Center, the largest collection of British art outside the British Isles, is richly endowed in paintings miniatures, prints, and drawings from the Tudor-Stuart period.