The joint PhD in Classics and Comparative Literature at Yale offers a range of coursework that combines the flexibility of comparative study with the challenge and rigor of classical philology. Yale is famous for its commitment to interdisciplinarity: this degree offers a first hand chance to see that in action. In the first two years of the program, students complete a course load that satisfies the requirements of both majors, becoming familiar with recent developments in literary theory while simultaneously perfecting their Greek and Latin through intensive reading of classical texts in the original. 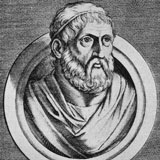 Students have considerable freedom in choosing their courses, as many classes in the various modern languages and literatures count towards the completion of the Comparative Literature degree. In addition, several professors in both programs teach classes that bridge the divide between classical texts and the rest of world literature. Offerings in recent years include “Vergil’s Aeneid,” “The question of form,” “Mimesis in Classical Athens” and “Rhetoric and Poetry”; courses in Renaissance literature frequently engage with classical texts as well.

After they have completed their coursework, students will prepare for qualifying exams in Greek and Latin literature and for two sets of special fields exams, one on classical topics and one on comparative literature. Subsequently, students will plan and write a dissertation in collaboration with faculty from both departments.

Yale’s dedicated classics library and the collection of rare books at the Beinecke are unique resources for students conducting doctoral research in classical languages and literatures.