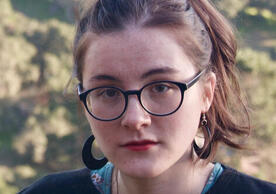 Classics Major ('22) awarded a Mellon Fellowship for study at Cambridge

The Yale Classics Department is pleased to announce that Claire Saint-Amour, a senior major (Yale Classics, 2022), has been awarded a Paul Mellon Fellowship for study at Clare College, Cambridge, for the academic year 2022-3.  At Cambridge, Claire will pursue an MPhil in Classi 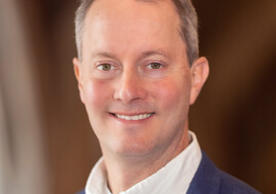 Noel Lenski appointed Dunham Professor of Classics and of History

Noel Lenski, whose work focuses on the history of the later Roman Empire, and how power relations played themselves out at all levels of society, from emperors to slaves, has been appointed the Dunham Professor of Classics and of History, effective immediately. 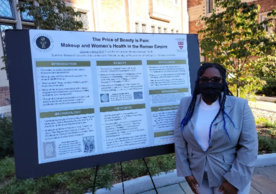 Charnice Hoegnifioh ‘24 is a pre-medical double major in Classical Civilizations and Molecular Biophysics and Biochemistry. 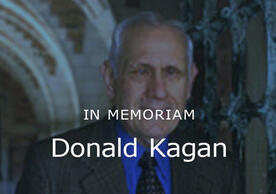 Donald Kagan, Sterling Professor Emeritus of Classics and History at Yale, passed away on August 6, 2021, at the age of 89. A gifted researcher and teacher, Donald Kagan taught Ancient Greek History to thousands of undergrads over the course of his long career at Yale.

END_OF_DOCUMENT_TOKEN_TO_BE_REPLACED

No events to display.

Talia Boylan has spent the last year as a WFF Fellow conducting archival research on the twenty-seven women who received PhDs in classics from Yale in the fifty-year period following the admission of women to the Graduate School in 1892. This podcast presents her work.

The Difficult Defense of Cicero’s Goodness in Institutio oratoria 12.1

Music and Metamorphosis in Greco-Roman Thought

The Art of Libation in Classical Athens

What is a Slave Society? The Practice of Slavery in Global Perspective

Cambridge Companion to the Age of Nero

The Sons of Remus

Constantine and the Cities: Imperial Authority and Civic Politics

Writing History in Time of War: Michael Rostovtzeff, Elias Bickerman and the “Hellenization of Asia”

Why Do We Do What We Do?: Motivation in History and the Social Sciences

A Brief History of the Romans

The Meaning of Meat and the Structure of the Odyssey

Politeia in Greek and Roman Philosophy

Aristotle and the Stoics Reading Plato

The Romans: From Village to Empire

Ancient Historiography and its Contexts

The Last Pharaohs: Egypt Under the Ptolemies, 306-30 BC

A Companion to the Ancient Greek Language

Roman Perspectives: Studies on Political and Cultural History, from the First to the Fifth Century

The Religion and Science Debate: Why Does it Continue?

Latin Alive: The Survival of Latin in English and Romance Languages

The Ancient view of Greek art

GENOS DIKANIKON: Amateur and Professional Speech in the Courtrooms of Classical Athens

The Power of Religion in Late Antiquity

The Roman Empire of Ammianus (2nd edn with a New Introduction)

The Cambridge Companion to the Stoics

Visualizing the Tragic: Drama, Myth, and Ritual in Greek Art and Literature

The Cambridge Companion to the Age of Constantine

Pointing at the Past: From Formula to Performance in Homeric Poetics

The Journey of Theophanes: Travel, Business, and Daily Life in the Roman East

The Ancient Economy: Evidence and Models

The Cambridge Companion to Roman Satire

Land and Power in Ptolemaic Egypt: the Structure of Land Tenure

Plato on Parts and Wholes: The Metaphysics of Structure

The World of Ovid’s Metamorphoses

Satires of Rome: Threatening Poses from Lucilius to Juvenal

The Poem of Empedocles

Art for Yale: A History of the Yale University Art Gallery

I Claudia II: Women in Roman Art and Society

Laying Down the Law: A Study of the Theodosian Code

The Limits of Historiography: Genre and Narrative in Ancient Historical Texts

Christianity and Paganism in the Fourth to Eighth Centuries

Grammar As Interpretation: Greek Literature in Its Linguistic Contexts

Speech in Speech: Studies in Incorporated Oratio Recta in Attic Drama and Oratory

On the Origins of War and the Preservation of Peace

The Walking Muse: Horace on the Theory of Satire

Pericles of Athens and the Birth of Democracy

Corruption and the decline of Rome

The Art of Ancient Greece: Sources and documents

Changes in the Roman Empire

Hebrews: A Commentary on the Epistle to the Hebrews

Linguistics and Formulas in Homer

The Fall of the Athenian Empire

Art in the Hellenistic Age

The Monument of Philopappos in Athens

Atlas of the Roman World

The Peace of Nicias and the Sicilian Expedition

Roman Group Portraiture, The Funerary Reliefs of the Late Republic and Early Empire

Art and Experience in Classical Greece

The Outbreak of the Peloponnesian War