The Major In Classics 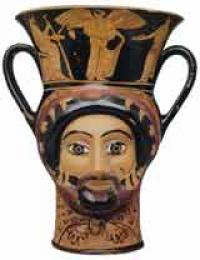 The major in Classics is primarily a liberal arts major, with enormous potential for the pursuit of interdisciplinary interests. Students attain proficiency in Greek and Latin, and are trained to develop powers of critical analysis in studying the important periods and major authors of Greek and Roman literature. Ancient art, history, and culture are studied both as an end in themselves, and as a key to understanding later developments in Western history and civilization. Students are encouraged to take a wide range of courses in neighboring fields such as history, philosophy, and comparative literature.

Admission to the major

There are no formal prerequisite courses. Students interested in majoring in Classics may start both languages from scratch at Yale, or may enter the program at an appropriate level with prior experience from high school, etc. All students interested in majoring Classics should meet with the director of undergraduate studies as soon as possible to discuss a program of study, and no later than the beginning of the junior year.

The requirements for the standard major are

A: The Standard Major in Greek and Latin

B: The Standard Major in Greek or Latin

Senior requirement for the Standard Major

Yale allows students to complete simultaneously BA and MA degrees in the same department in 4 years, as long as the student meets certain requirements. In addition to all the regular requirements for the undergraduate major, the student must complete 8 credits in the graduate school (2 of these credits can count both towards undergraduate and graduate credits). For details, please contact the Director of Undergraduate Studies, Andrew Johnston (andrew.johnston@yale.edu).

The Intensive Major in Greek and Latin

The intensive major is designed for students who desire the opportunity for a larger measure of independence than the standard major offers. Besides fulfilling the requirements of the standard major (in both literatures, in Greek or in Latin), students in the intensive major devote one or two terms in the senior year to writing an essay (CLSS 490a and 491b for the two-term essay, 492 for the one-term essay, fall or spring) under the regular guidance of a faculty adviser. Please see departmental guidelines (opens as PDF for the senior essay (including a list of key deadlines).