To live in the twenty-first century is to experience the ways that an ever-more capacious concept of property shapes life on earth. Beyond the scope of land and goods, claims to ownership range over ideas, images, practices, and language. The only limit to property’s reach, at least in the enlightened rhetoric of modernity, are human beings themselves. Yet, here too technologies of enslavement have taught contemporary agents of capitalism how to make property out of bodies, behaviors, time, and labor. As we navigate property relations in a world of worker surveillance, limited-liability companies, patent hoarders, non-fungible tokens, genetic sequencing, blockchains, and big data it seems increasingly urgent to query the very idea of property and to examine the ways it structures relations, affects, and actions in the world.

With “Property (and its Discontents)” as its chosen theme, the 2021-2022 departmental colloquium proposes that classicists and scholars of the ancient Mediterranean have valuable insights to add to these conversations. 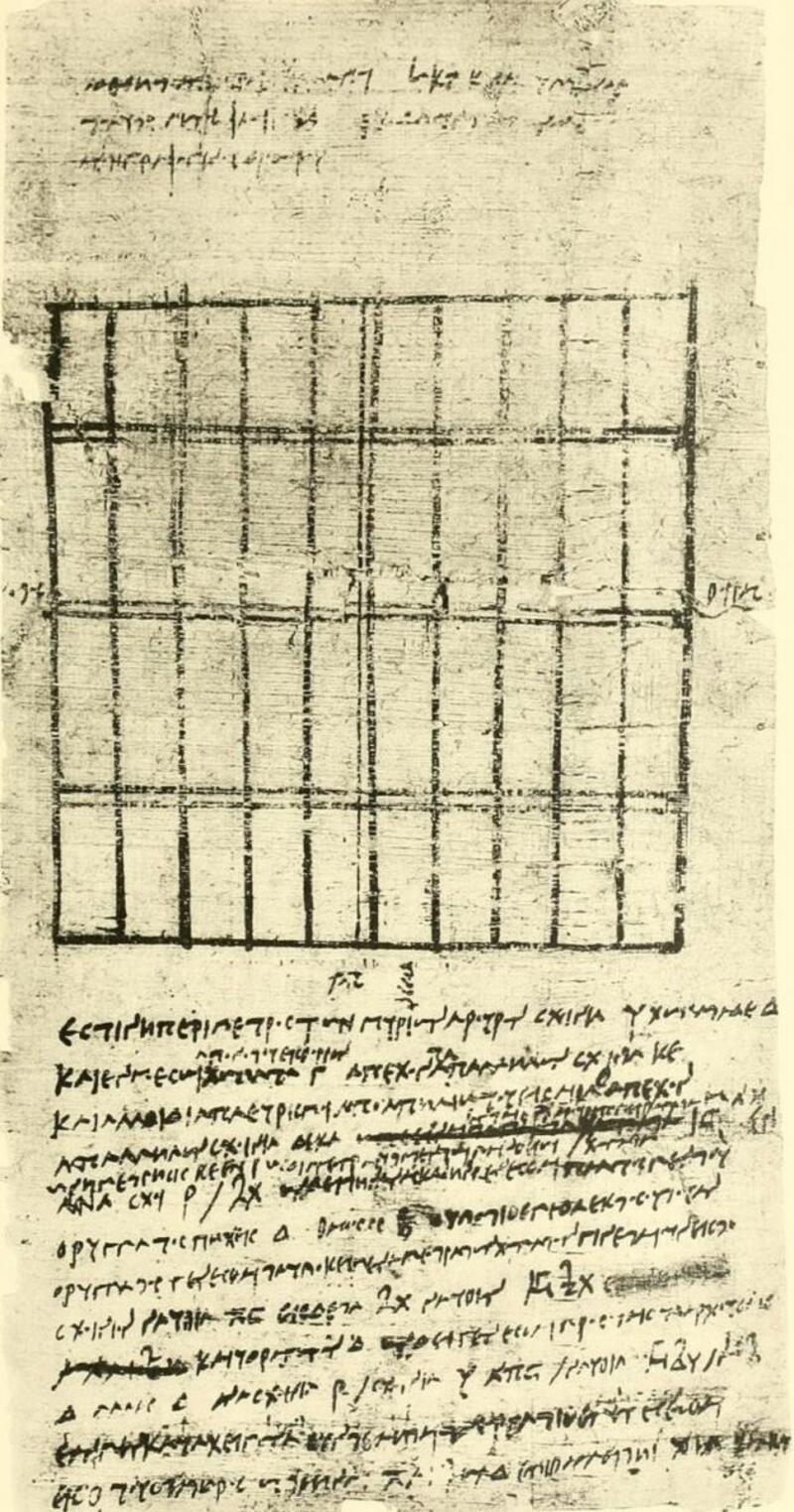 P. Lille Gr. I 1 recto: memorandum to the finance minister Apollonios detailing the dimensions of a portion of his 10,000-aroura gift-estate with suggestions for the improvement of its irrigation system and accompanying schematic. Philadelpheia, Egypt. ca. 258 BCE [Paris, Sorbonne, Institut de Papyrologie Lille 8].

Ancient historians and legal experts have long investigated how communities in antiquity conceptualized property and ownership. These efforts have yielded nuanced frameworks for identifying, differentiating, and understanding the institutions and individual practices that maintained attachments between property and people or collective entities. Past approaches have analyzed lexica and trends in discourse, measured economic performance and productivity, and charted the operations of multi-actor systems. The literature on these topics has been enormously influential. Yet, yesterday’s orthodoxies are evolving through contact with new theoretical commitments and perspectives. Complexity theory pushes scholars to think more dynamically about how institutions, states, and individual economic strategies develop in tandem. Ecocriticism broadens the range of stakeholders beyond human actors and questions the extractive ethos that underlies more traditional economic and legal models.

Beyond the economic and legal spheres, ideas about property have had a major impact on the work of those studying the texts and artifacts of the ancient Mediterranean. The project of orienting words, objects, and ideas within the past has historically entailed putting the question “whose?” to surviving evidence. For philologists this impulse may be seen in activities such as authorial ascription, authenticity criticism, or stylistic evaluation. For archaeologists and art historians, the attribution of an object to an artist, an owner, a period, or a place has long counted as a valid contribution to the academy’s collective knowledge. In recent years, these more traditional approaches have ceded ground to theoretical interventions such as those of Radical Philology, Distributed Authorship, Object-Oriented Ontology, and Posthumanism — all of which challenge the validity or relevance of property relations. At the same time, a growing number of researchers are examining the technologies and tactics whereby ancient actors in all walks of life made, enforced, adjudicated, and disputed proprietary claims. Seals and signatures; brands and collars; archives and witnesses; plagiarists, forgers, copyists, fugitives, imitators, and thieves have never before cornered so large a share of scholarly fascination. As new research continues to show, the apparent simplicity of the genitive case belies an endlessly complex social system of attachment. Arising also from this trend also is an unsettling realization of the ways that proprietary claims across a range of media are inflected by patterns of ownership developed in the crucible of ancient slavery.

The question “whose?” also points us toward the strained disciplinary logics of the contemporary university. Classicists, both among themselves and in broader public discourse, are at the center of major debates about how domains of knowledge are defined, shaped, changed, and maintained — what belongs in the field; what does it mean to claim a tradition, a practice, a culture, a method, a case study; to whom does the past belong; what kind of claim does history have over the present; what kind of claim does the present have over the future? For navigating this self-reflexive turn in academic life, we see a thorough investigation of the notions of property and ownership as a crucial second-order step.

To examine these issues and any further affordances of the theme, we invite the Yale Classics community and its welcome guests to join us for a year-long discussion of Property (and its Discontents).