How do Greek and Latin authors respond to the contingency and fragility of “the human condition”? How do they envision and react to those forces that strive to master the contingent and the unpredictable through the consolidation of power or the exercise of violence? How might their responses affect our own acts of scholarly interpretation and political imagination?

These are key questions for understanding both classical antiquity and our own present, which so often looks toward the classics for validation or — conversely — for something to abjure. Thus, instead of treating classical antiquity as either originary or irrelevant, we stage a dialogue between past and present, examining equally the ways in which this dialogue has been staged in the past, both for better and for worse. 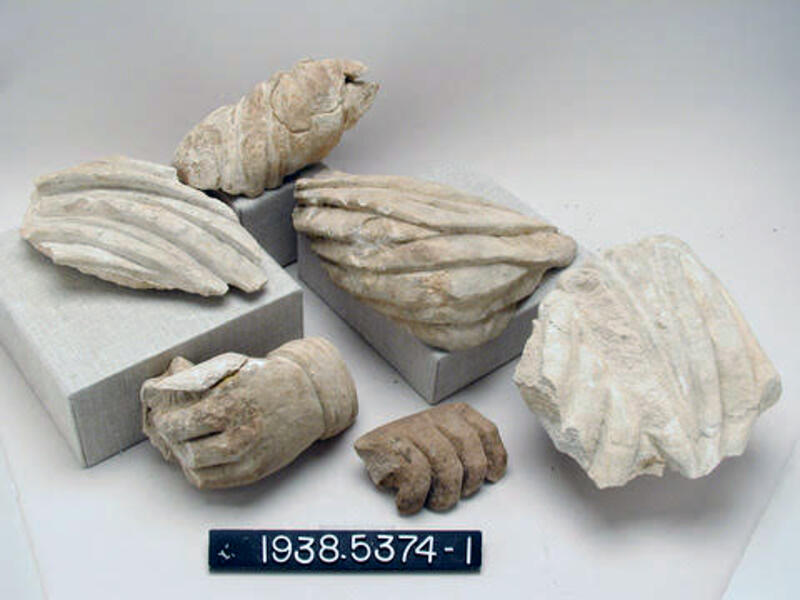 Across the sub-disciplines of Classics — broadly speaking, the study of ancient Greco-Roman worlds in all their variety — the intersection of the human body with the body politic, with forces of violence, and with the violence of representation provide a vibrant field of research. The proposed Department Colloquium seminar series for 2020-21 seeks to interrogate the connection between humans and their worlds, by exploring the relations of power and vulnerability constructed and experienced in art, politics, and religion. We treat power, violence, and vulnerability together, both in their intersections and disjunctions, to show how Greek and Latin authors confronted problems of fundamental importance: in the prediction of the future and the imagination of the past; in cosmopolitan ideals and imperial practices (or vice versa); in the frailty of poetic production faced with power and power faced with time; in precarity or natality; peace and war.

Presentations in the Fall will be on Zoom, Fridays from noon till 1:30. Please bring lunch and questions! Materials will be pre-circulated where appropriate.

Titles and Zoom links will be forthcoming. 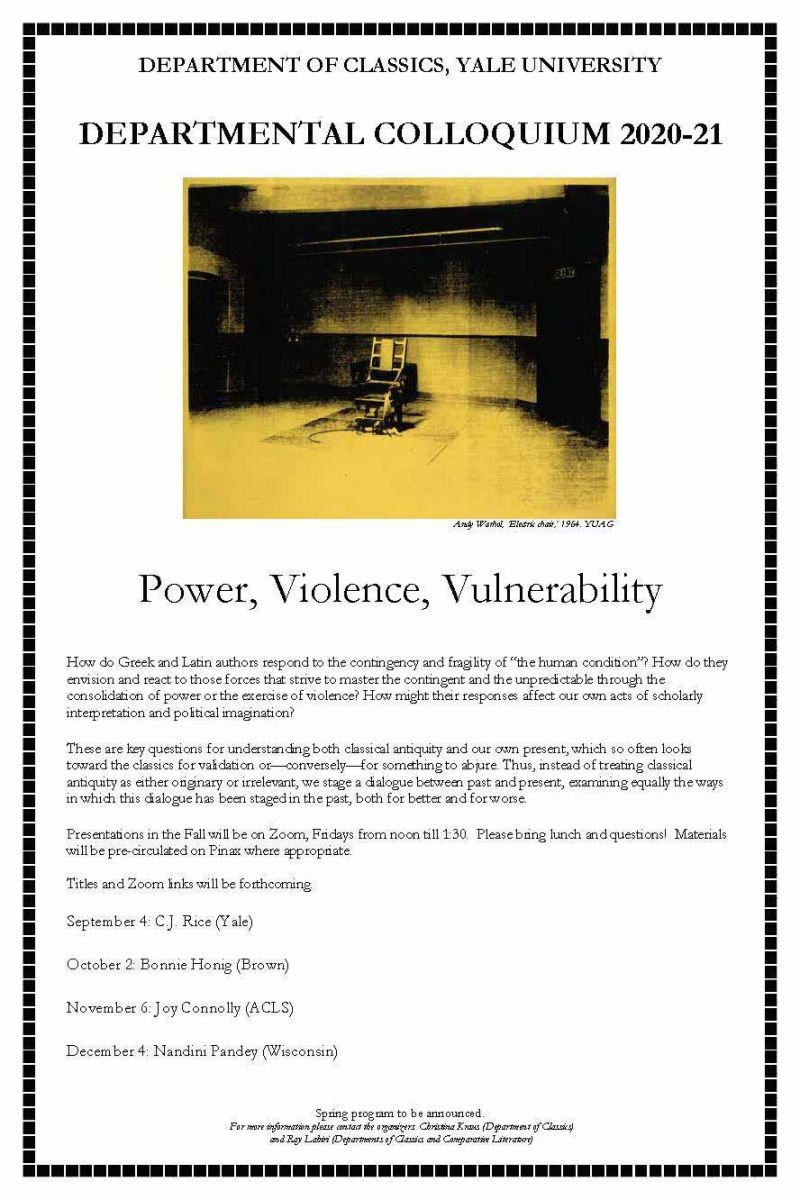