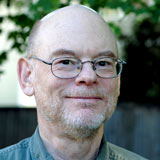 BA ‘75. I retired in the fall of 2011, after a nearly 30 year career as a CPA specializing in corporate taxation, and now find myself in the happy position of being able to spend much more time on my avocation, ancient numismatics. Among the projects I have been involved in was assisting Richard Grossman (Yale ‘01), formerly a curator at Boston’s Museum of Fine Arts, in researching some of the Greek coins selected for the museum’s new gallery dedicated to showcasing its five hundred best ancient coins. I have also become friends with Bill Metcalf, who was kind enough to wrangle me an invitation last December to gala reopening of the Yale Art Gallery. (The new gallery is magnificent and by itself justifies a trip to New Haven.) Finally while in New Haven in December I was able to see one of my favorite Yale profs, Victor Bers. It was very gracious of Victor to see me and I especially enjoyed our discussion of how technology has revolutionized the study of Classics in ways that I for one wouldn’t have imagined possible back in the mid 1970s. Would that I could be a student again.