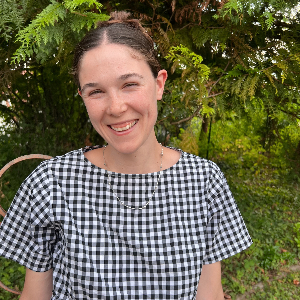 Eleanor is a fourth-year student in the combined program in Classics and History. Her research interests revolve primarily around issues of ethnicity, identity, and religion under the Roman Empire, with a particular focus on their expression through the ideologies and language of citizenship in both literature and material culture. Committed to an interdisciplinary approach to the ancient world, she is involved in the Archaia qualification and has worked as a graduate curatorial intern at the Yale University Art Gallery. Prior to starting at Yale, she graduated from Brasenose College, Oxford, with a BA in Literae Humaniores.

Originally from Rhode Island, she is happy to be back in New England after her time in the UK. In her spare time, Eleanor enjoys running and cooking and is unwavering in her dedication to watching Jeopardy every weeknight. Feel free to get in touch with her via email at eleanor.martin@yale.edu.