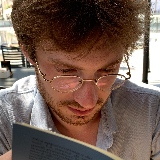 Federico joined the department in the Classical Philology track in 2021.

His interests cover Imperial Latin literature, with a special focus on the Neronian Age. In particular, he engages with the question of how ancient philosophical texts make use of contemporary literature, and, in turn, how literature incorporates and reflects philosophical ideas. Other research interests include twentieth-century literary theory, especially reader-response criticism, and its possible application to antiquity.

Prior to coming to Yale, he earned a BA and MA in Classics at the Scuola Normale Superiore in Pisa, Italy, and the University of Pisa. He also spent time as an exchange student at the University of Leipzig, where he fostered his passion for both ancient literature and German culture.