Ode to Music and Wine Video

The Ancient Greek conception of music was as something fluid — something poured into one’s ears by the Muses or the gods. In the context of a symposium, where drinking wine along with performances of poetry or music was the central activity, a comparison between the two would have been quite natural. The poem opens, as many of the time did, with an invocation of the Muses and the gods Apollo and Dionysus — a request for help in delivering a successful performance. Next comes a verse comparing the effects of music and wine, which clearly follows in the footsteps of the ancient poems which explored this topic. For the final verse, however, I decided to draw a humorous contrast between music and wine instead — with the goal of adding a kind of twist to a category of poetry which has already been thoroughly explored over thousands of years of history. 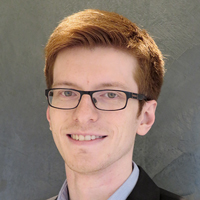 David Keim is a second year MBA student in the Yale School of Management, interested in exploring the reconstruction and performance of ancient and other early music.