The Art and Myth of Ancient Sparta 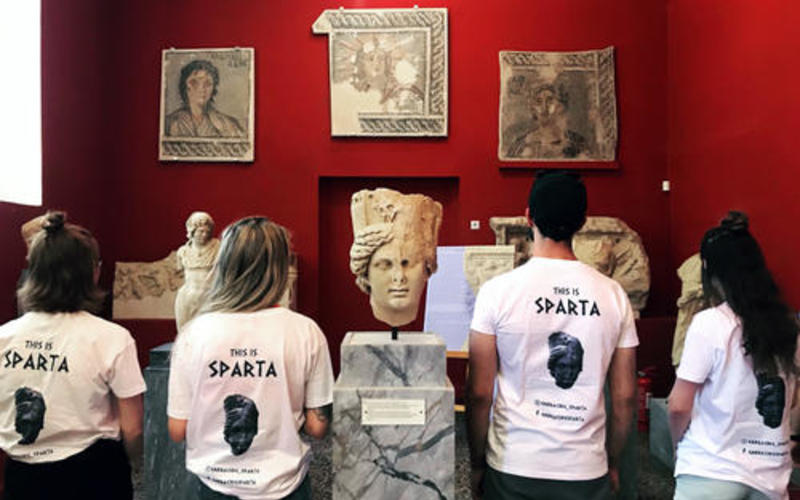 In July 2019, Professor Milette Gaifman delivered the public lecture The Art and Myth of Ancient Sparta at Sparta’s Museum of the Olive and Greek Olive Oil. The well-received talk was hosted by Embracing Our Monuments in Sparta (EMIS), an initiative led by Yale Classics alum Daphne Martin and co-sponsored by the Classics Department. This was the second year of the EMIS initiative, which is aimed at raising awareness of Sparta’s underappreciated archaeological remains within the city’s current cultural fabric. It includes free cultural walks, led by Yale students, that are offered several times a week, in both Greek and English, and public events during the month of July. In 2018, Professor Jessica Lamont gave a lecture on religion of ancient Sparta. This year’s talk was a reminder of the local saying that “You can’t spell SPARTA without ART.”

Top photo: Yale students at the Archaeological Museum of Sparta 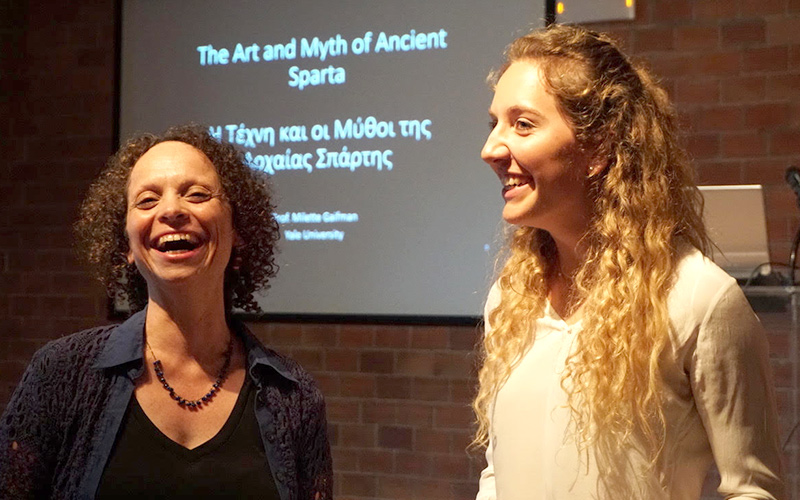 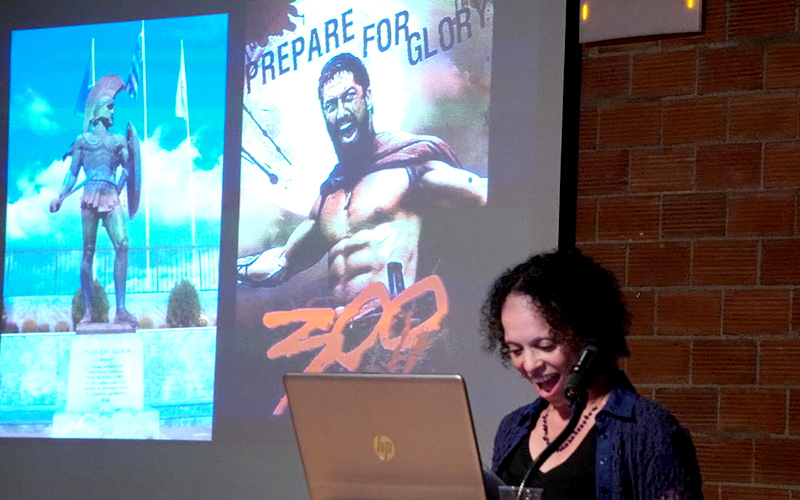