Roman Refugees: Forced Migration and the Resettlement of Displaced Persons, 200 BCE to 700 CE.” 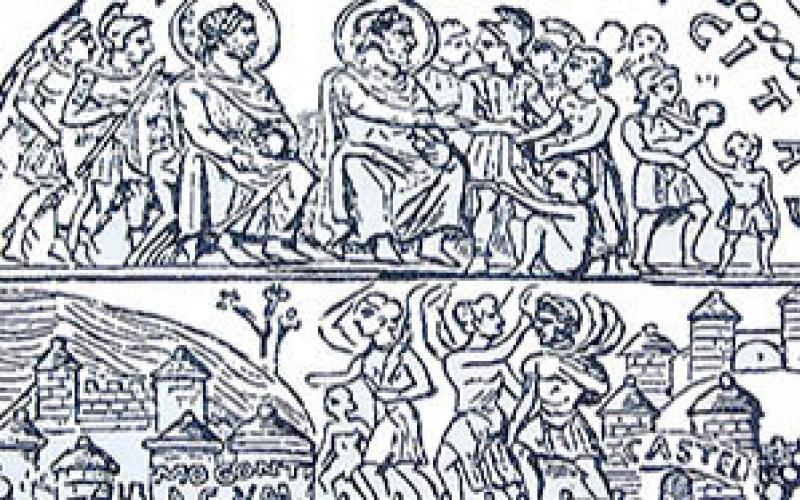 Ancient peoples experienced political and environmental crises much like those gripping the world today. Push factors generated by civil war, external invasions, food shortages, and environmental disasters forced people from their homelands and over the borders of Roman territory. Pull factors, including the allure of imperial wealth, recruitment possibilities in the Roman army, and even plans for territorial domination also contributed to a flow of peoples toward the imperial center. Faced with this recurring problem, the Romans developed methodologies – logistical, strategic, legal, artistic, and rhetorical — for coping with the issue, and turning it to their advantage.

This project catalogs all known instances of forced migration into the Roman Empire over nine centuries. It deploys these in an extensive database which it then explores using the tools of geospatial analysis. A picture is already emerging: the steady flow of refugees in the early imperial period gave way to a flood in the fourth and fifth centuries; the Romans worked hard to settle these peoples on uncultivated land and to recruit younger males into their armies; Roman tactics were often brutal but generally successful; but the failure to manage some resettlements resulted in spectacular explosions of violence, some of it costly to Roman territorial integrity.

The project is supported with a grant from Yale’s Digital Humanities Lab which will permit integration into ArcGIS and StoryMaps platforms. Preliminary results are expected to be ready to be submitted for publication in spring 2018.