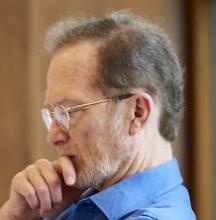 His career began with a Mellon postdoctoral fellowship at Stanford and he then took up a teaching post at the University of Toronto. While at Toronto he had two terms as DGS in Classics and served as chair of the Classics department and as acting chair of Philosophy, and founded Toronto’s Collaborative Program in Ancient and Medieval Philosophy (with two terms as director). He has enjoyed fellowships at the National Humanities Centre and the Centre for Advanced Study in the Behavioural Sciences and held the Canada Research Chair in Ancient Philosophy.

His research has always focused on ancient philosophy, especially in the Hellenistic and Presocratic periods. Major works include Ethics and Human Action in Early Stoicism, The Poem of Empedocles, Reading Seneca: Stoic Philosophy at Rome, Seneca: Selected Philosophical Letters, and Ethics After Aristotle. From 2007 to 2015 he was the editor of Oxford Studies in Ancient Philosophy and he is currently working on Later Stoicism 155 BC to AD 200: An Introduction and Collection of Sources in Translation for Cambridge University Press.

Primary appointments in both Philosophy and Classics. Ancient philosophy special interests include the Presocratics, Stoicism, moral psychology and ethics.

The Poem of Empedocles

The Cambridge Companion to the Stoics