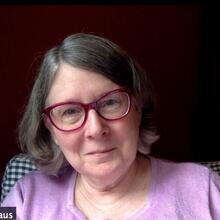 Christina Shuttleworth Kraus is the Thomas A. Thacher Professor of Latin. After receiving her BA from Princeton and PhD from Harvard, she taught at NYU, UCL, and Oxford before coming to Yale in the summer of 2004. She has research interests in ancient historiography, Latin prose style, and the theory and practice of commentaries.

A member of the Executive Committee for the Program in Renaissance Studies and of the program committee of the Department of Near Eastern Languages and Civilizations, she currently serves on the advisory boards of Brill’s Historiography of Rome and Its Empire and is a member of the Commission Scientifique of the Fondation Hardt. She was a co-founder of the Yale Initiative for the Study of Antiquity and the Premodern world (now ARCHAIA). She gave the 2009 Martin Classical Lectures at Oberlin College on the topic, “Tacitean polyphonies: The Agricola and its scholarly reception.” She is currently working on a project on the narratives of Livy Books 4 and 5.

The Limits of Historiography: Genre and Narrative in Ancient Historical Texts

Visualizing the Tragic: Drama, Myth, and Ritual in Greek Art and Literature

Ancient Historiography and its Contexts