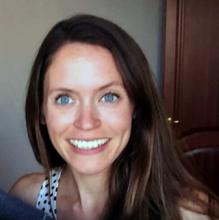 Assistant Professor of Classics and (by courtesy) of History; member of the Program in History of Science and Medicine
304 Phelps Hall
jessica.lamont@yale.edu

A social and cultural historian of the ancient Greek world from c.750-300 BCE, Jessica Lamont has been at Yale since 2016 (Ph.D. 2016, Johns Hopkins University; B.A. 2008, The College of William & Mary). Lamont’s research and teaching focus on Greek religion, medicine, and magic. She is interested in how ancient patterns of thought and behavior were sculpted by religion; much of her work is informed by Greek inscriptions, and sheds light on social histories of the broader Classical world, from Sicily to the Aegean Islands to the northern Black Sea.

Her first book, In Blood and Ashes: Curse Tablets and Binding Spells in Ancient Greece (Oxford University Press 2023) provides the first historical study of the development and dissemination of ritualized curse practice, documenting the cultural pressures that drove the use of curse tablets, spells, incantations, and other “magic” rites. The project expands our understanding of daily life in ancient communities, showing how individuals were making sense of the world and coping with conflict, vulnerability, competition, anxiety, desire, and loss — all while conjuring the gods and powers of the Underworld. In reading between traditional histories of Archaic, Classical, and early Hellenistic Greece, the project draws out new voices and new narratives to consider: here are the cooks, tavern keepers, garland weavers, helmsmen, barbers, and other persons who often slip through the cracks of ancient history.

Lamont is currently at work on a second book, Health and Healing in Ancient Greece. The project explores the emergence of medical pluralism — the interwoven professional and cultural systems or “marketplaces” that evolved to manage health and disease — in Greek communities across the ancient Mediterranean.

Lamont also has interests in Greek archaeology and material culture. She has worked for more than a decade as a field archaeologist at sites in Greece and beyond, with a focus on networks of trade and mobility, Greek ceramics, and domestic economies. She is the President of the New Haven chapter of the Archaeological Institute of America, and serves on the Managing Committee of the American School of Classical Studies at Athens.