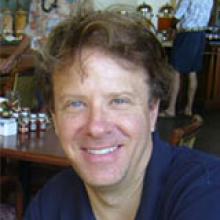 The William K. and Marilyn M. Simpson Professor of Classics and History and (by courtesy) in the School of the Environment; Senior Research Scholar, Yale Law School
311 Phelps Hall
203-432-0989
joseph.manning@yale.edu
Website

Manning has two primary research foci, the Economic and legal History of the Hellenistic world, and Egyptian history in the long run. He was educated at the Ohio State University (Medieval architectural history/History) and the University of Chicago, which included a year long ARCE Fellowship that allowed him the opportunity to live and travel in Egypt, and a year studying in Cambridge University. At Chicago Manning studied Egyptology and Ancient History, taking an AM and a PHD in the Department of Near Eastern Languages and Civilizations.

Much of his previous work has been devoted to the understanding of the interactions between Greek and Egyptian institutions in the Ptolemaic period and the new state formation of the Ptolemies that was driven by these interactions as well as longer term historical forces. His approach, thus, has been to examine Ptolemaic Egyptian society as a whole, striking a balance between state aims and local responses to these aims, and deploying both the Egyptian and Greek material to fuller effect.

His main concern has been the historical interpretation of the Greek and demotic documentary texts of the Ptolemaic period, the role of archaeology in the context of Ptolemaic economic history, and the applicability of social science theory, particularly New Institutional Economics and Social Network Analysis, towards an understanding the contextualization of the historical developments in the Ptolemaic empire. The papyri (and ostraca) from Ptolemaic Egypt comprise the richest corpus for the study of the hellenistic economy and the formation and expansion of Ptolemaic governance, but using the information recorded in the texts in the wider context of state development, economic performance and institutional change presents enormous interpretive challenges. He is also increasingly interested in material culture and the integration of archaeological material into the understanding of long term trends in economy and society (e.g. the performance of the economy and cultural interactions between Greek and Egyptians among other groups), as well as larger scale work in the deep connections between Hellenistic and Roman history generally. Manning’s work now takes him in some new and exciting directions, including working on the modeling of Egyptian history using cultural evolutionary theory, among other approaches, for the Seshat Project (below), the study of comparative bureaucratic developments in the Mediterranean and China, the history of property in the context of ancient law, and a new major project exploring and specifying the underlying links between short-term climate change, war, rebellion and economic performance in the Hellenistic world.

Land and Power in Ptolemaic Egypt: the Structure of Land Tenure

The Ancient Economy: Evidence and Models

The Last Pharaohs: Egypt Under the Ptolemies, 306-30 BC

Writing History in Time of War: Michael Rostovtzeff, Elias Bickerman and the “Hellenization of Asia”