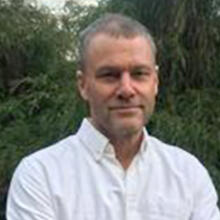 His research has long focused on the social life of Roman letters, especially on the unique cultural encodings that structure and inform Roman ideas of poetry, and the practical implementation of those ideas in specific poetic forms, especially satire.  His current work is on Virgil’s Aeneid (see below).

His main publications include: The Walking Muse: Horace on the Theory of Satire (Princeton, 1993), Satires of Rome: Threatening Poses from Lucilius to Juvenal (Cambridge, 2001), the Cambridge Companion to Roman Satire (Cambridge, 2005), Oxford Readings in Classical Studies: Horace’s Satires and Epistles (Oxford University Press, 2009), and the Cambridge Companion to the Age of Nero (Cambridge, 2017), co-edited with Shadi Bartsch and Cedric Littlewood. His most recent book is Horace Satires Book II, introduction, text, and commentary in the Cambridge Greek and Latin Classics series (Cambridge University Press, 2021).

He is currently finishing a book on the topic of ‘Vision as Narrative’ in Virgil’s Aeneid, and he has begun a commentary on Aeneid 12 for a new commentary series on the Aeneid forthcoming from Lorenzo Valla (Mondadori), Milan.  His complete CV, along with a full list of downloadable articles, reviews, and op-eds, can be accessed via Academia.edu.

The Walking Muse: Horace on the Theory of Satire

Satires of Rome: Threatening Poses from Lucilius to Juvenal

The Cambridge Companion to Roman Satire

Cambridge Companion to the Age of Nero