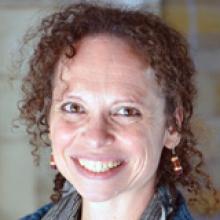 Milette Gaifman received her B.A. from the Hebrew University of Jerusalem in 1997, and her Ph.D. from Princeton University in 2005. Before coming to Yale in September 2005, she was the Hanadiv Fellow and Lecturer in Classical Art and Archaeology at Corpus Christi College, Oxford, in 2004–2005.

Milette Gaifman is a scholar of ancient art and archaeology, focusing primarily on Greek art of the Archaic and Classical periods. She is jointly appointed in the departments of Classics and History of Art. Her research interests include the interaction between visual culture and religion, the variety of forms in the arts of antiquity (from the naturalistic to the non-figural), the interactive traits of various artistic media, and the reception of Greek art in later periods. In addition, her scholarship explores the historiography of the academic disciplines of art history and archaeology. Her current book project is the revised and expanded version of the Louise Smith Bross Lectures that she delivered at the Art Institute of Chicago and the Department of Art History at the University of Chicago in May 2018. The forthcoming volume titled Classification and the History of Greek Art and Architecture examines how classifications and taxonomies shape our understanding of Greek art and architecture in the modern era. Professor Gaifman is also the author of Aniconism in Greek Antiquity (Oxford University Press, 2012); The Art of Libation in Classical Athens (Yale University Press, 2018); and co-editor of Exploring Aniconism, thematic issue of Religion 47, (2017); and The Embodied Object in Classical Antiquity, special issue of Art History (June 2018).

She is the Coeditor-in-Chief of the The Art Bulletin, the flagship journal of art history globally, and shares the position with Lillian Lan-ying Tseng of New York University.

Her honors and awards include the Jane Faggen Dissertation Prize from Princeton University’s Department of Art and Archaeology (2007), the Samuel and Ronnie Heyman Prize for Outstanding Scholarly Publication from Yale College (2009), and the Gaddis Smith International Book Prize from the MacMillan Center at Yale (2013). She was a visiting scholar at Corpus Christi College, Oxford in 2008-2009  and an invited professor at the University of Paris Diderot - Paris 7 in 2015. 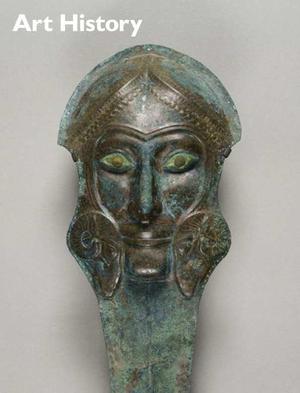 The Art of Libation in Classical Athens