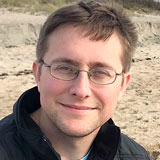 Dexter Brown is a doctoral student (ABD) in the Departments of Classics and Religious Studies. He is interested broadly in Ancient Greek language and literature, ranging across the disciplines of classical philology, Ancient Judaism, and Early Christianity. He specializes in two entangled areas of ancient literary criticism: (1) the reception of Homeric poetry, especially the Homeric scholia, and (2) the Hellenistic Jewish commentary tradition on the Septuagint, especially Philo of Alexandria. He is currently finishing his dissertation, “The Intentionalist Turn in Antiquity: The Idea of ‘Homer’ and ‘Moses’ as Authors in Ancient Greek Literary Criticism.”

Dexter is passionate about teaching and making the study of the ancient world accessible to a wide audience. He has taught extensively in both Classics and Religious Studies, including courses on Greek language and literature, New Testament and Early Christianity, Classical and Medieval Latin, Ancient Literary Criticism, Hellenistic Judaism, and the religious literatures of Ethiopia.