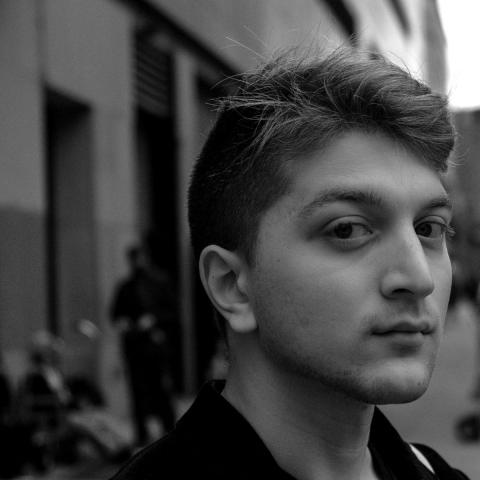 Ray Lahiri entered the Joint Program in Classics and Comparative Literature in 2017. He works on the literary and political dimensions of Greco-Roman historiography and its receptions. His dissertation, “The Violence of the Form: Violence and the Political in Greek and Latin Historical Narrative,” explores how Greek and Latin historians imagine the violence of political and institutional life. Examining Herodotus, Livy, Josephus, Tacitus, Eusebius, and Augustine, the project aims to trace violence as a political and narrative problem across Greco-Roman historical thought from its beginnings through Late Antiquity.

Other areas of ongoing interest include: the history of historicism, sacrifice, mud, unburial, counterfactuals, the state-form, Roman North Africa, fictionality, ancient ethnography, and commentaries. Interested in the itineraries of Greco-Roman literatures and comparative classicisms, Ray has, in recent years, begun studies in Persian and Iranian philology.

He received an A.A. from Bard College at Simon’s Rock and his B.A. in Comparative Literature and Classics from the University of Pennsylvania, where he wrote honors theses on nationalist history in 19th century school editions of Tacitus’ Agricola, and the politics of tragedy in feminist philosophical readings of Sophokles’ Antigone.

In his leisure time, Ray enjoys playing the guitar and devotedly following the misadventures of Arsenal Football Club.